From There To Here: Paying Homage To A Local Landmark 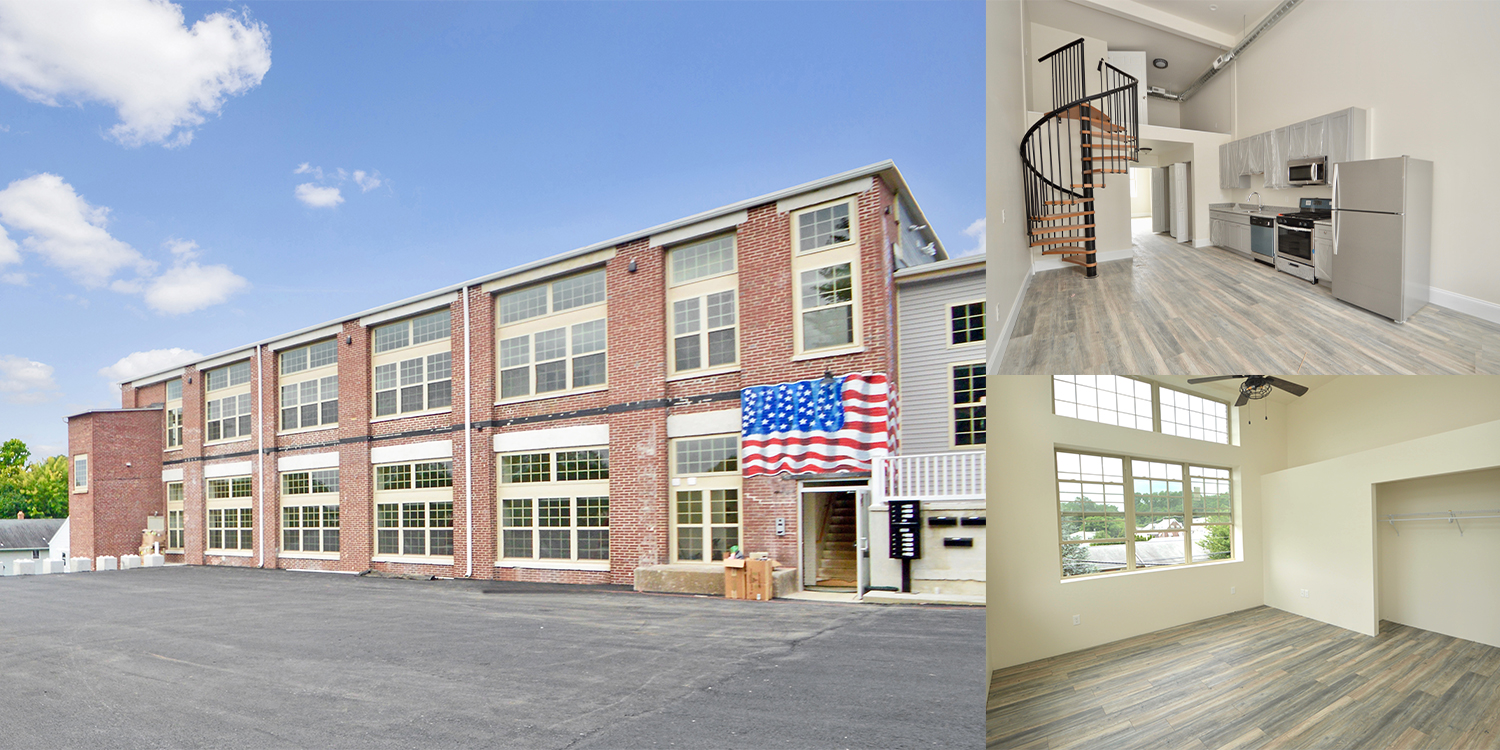 When Plamen “Rocco” Ayvazov first came to The United States from his home country of Bulgaria, he landed in Pennsylvania, specifically the borough of Bath. In 2006, he started his first job in America, at Suns Manufacturing, formerly Mary Fashion Manufacturing. Ayvazov worked in the production of American Flags, making $5 per hour. Fast forward to 2019 when he bought the vacated building, so rich in history, and completely renovated the former factory, turning it into a beautiful 12-unit luxury apartment community. 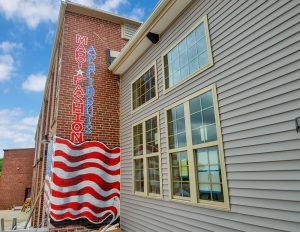 The Mayor of Bath, Fiorella Mirabito, has very close ties to the once bustling factory; her relatives, the Fantozzi family owned it, opening Mary Fashion Manufacturing in 1952. Mirabito came to America in 1968 with her parents and two suitcases, and the family was sponsored by her Great Uncle and Aunt – Vincent and Mary Fantozzi, who gave them jobs at the company. Mayor Mirabito has fond memories of running around the factory as a child, collecting candy from the workers and running up and down the stairs from age 6 to 16. She comments, “The building holds a very special place in my heart. I lived across the street from and pretty much grew up inside it, alongside my family.” Over the years, her family members continued to work there, passing ownership along to relatives, including Suns Manufacturing, owned by cousin Jack DiOdoardo, which is when Ayvazov began working there.

At its height, Mary Fashion employed over 200 people, many who lived in Bath. The company sold womens sportswear for many years before shifting its focus toward flag manufacturing, due to local factories beginning to shut down. The factory also housed a travel agency, called Mary Fashion Travel in addition to Al-Dino Knits, a children’s clothing company that imported high end, hand knitted clothing from Italy. In 1995, Mary Fashion Mfg. closed and became Suns Manufacturing, before the factory closed for good, until Ayvazov arrived.

When he first approached Mayor Mirabito with his plan, she instantly thought it was a wonderful idea. She continued, “There is so much history and detail inside that building. I think it would bring a lot of good to the borough of Bath and I can’t wait to see the finished apartments.”

Ayvazov plans to have the building completed by mid-September and he would like to start leasing by August. There will be 12 units total made up of 1, 2, and 3-bedroom light and airy luxury loft apartments with large windows, high ceilings, pergo flooring, energy efficient appliances, gas furnace, and a storage unit for each apartment. Additionally, security systems will be installed in each apartment as well as security cameras outside. There will be plenty of parking, three spots per unit. 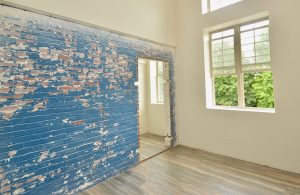 Ayvazov comments, “I have an emotional connection to the building, as well, since that was my first place of employment, here in America. It’s exciting to see the finished property – the new mixed with the old.” He plans to keep the Mary Fashion signage on the building exterior, the large American flag mural, and the “tree of life” – symbolic to the town.

He continues, “I have wanted to purchase this building and renovate it for a long time. As a serious real estate investor, I’m grateful to DLP Real Estate Capital for continuing to play such a large role as a lendor, in my business. I’ve partnered with them for many years now, as both an elite lending partner and an investor. Together, we are helping individuals and families by providing housing in the rental community.”

A ribbon cutting ceremony will take place on November 11, 2020 at 5:30 p.m. to celebrate the building’s reopening as well as an official street naming behind the new apartment residence. Mayor Fiorella Mirabito, public officials, Rocco Ayvazov of Monocacy General Contracting, the DLP Real Estate Capital family, and the local community will attend.