8 Of The Most Unexpected Things US Homeowners Found In Their PropertiesFabianOctober 29, 2018February 7, 2021

The process of selling, buying, and moving into a new home can be very complicated and overwhelming. But on the lighter side, it is also a journey full of fun and exciting discoveries. Part of a homeowner’s discovery and realization is finding their ideal neighborhood, their dream backyard, their perfect kitchen, and a wall full of snakes… Wait, what?!

Yes, you’ve read it right. As bizarre as it sounds, homeowners from around the world have discovered many strange and unexpected things on their properties. Some may have lived in their home for a couple of months before encountering weird things, while others already owned their home for years before finding things that are impossible to anticipate. Here we reveal some of the strangest discoveries that happened in our own backyard. Well, you may consider them to be a fun and interesting part of real estate—just don’t forget the hard-earned lessons you can pick up along the way.

Well, the first word you can think of is: lucky, isn’t it?

Artist Josh Ferrin discovered the treasure stashed away in the attic of his home in Bountiful, Utah. When he brought up the discovery—a total of $45,000 in cash and coins—to his family, there was some disagreement on whether they should keep it or return it to its original owners. To teach his two boys the value of honesty, Ferrin returned the money to the previous homeowners despite the thoughts of car and house payments in his head. He says it was a “teachable moment” for his kids that he would never get back again. How cool and sincere was that? 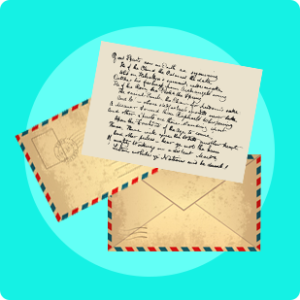 In this digital day and age, sending and receiving handwritten love letters is a practice that can really make your heart melt.

When Zac and Shannon Carter bought a renovated 1970s house in Pensacola, Florida in 2016, the home inspector informed them he discovered a stack of old letters in the original cabinetry. It wasn’t until the Carters moved in that they realized the letters, postmarked from 1948 to 1949, contained a blossoming love story between a World War II veteran and his sweetheart.

They couldn’t help but read the vintage letters and understood that the letters belonged to the original homeowner, veteran William Middleton. Middleton wrote them while he was in school in Georgia after serving in WWII and sent them to a woman named Doreen in Canada. The Carters later learned that the two eventually got married and had children, so they passed on the letters to them to let them read their parents’ wonderful blossoming story.

While the first two discoveries were pleasant surprises, not all homeowners were fortunate enough to encounter such things. This one is quite a good setting for any ghost or haunted story.

Of all the things homeowner Helen Weisensel can find in her century-old home in Jefferson County in Wisconsin, nothing can be as disturbing as unearthing a child’s skull in the basement while they were doing much-needed repairs on its foundation.

They soon found out that her home was built atop an old, long-forgotten cemetery. Archaeologists and local historians even estimated it to be among the earliest burial ground in the county, and more human remains were uncovered.

Subsequently, Weisensel’s nightmare started. She was flooded with pertinent inquiries from her neighbors asking her if she’d experienced weird things happening in her home. And since her remodeling project involved her trying to fix her house and do some serious foundation work, it all became impossible the moment her home was discovered to be an official historic burial ground.

Unearthing something of a prehistoric significance is already a delight of its own. Well, more so if you made the discovery in your own backyard. When Iowa man John and his two sons went blackberry-picking near a creek on their property in Oskaloosa in 2010, one of his sons noticed what he believed to be a ball in the creek.

That piqued John’s curiosity and interest in archaeology when he realized that the “ball” was no toy—it was actually a 4-foot-long femur of a mammoth dating back as far as 100,000 years ago. That started a historic archaeological event as John’s backyard has become an excavation site, with the University of Iowa’s Museum of Natural History leading the search.

Besides the mammoth’s femur, they had found its feet bones and thoracic ribs. Experts say while it is not unusual to find mammoth fossils in Iowa, it’s a rare find to discover so many bones belonging to the same animal in the same place.

5. A wall full of snakes

Here we have Ben and Amber Sessions, who found what seemed to be their picture-perfect five-bedroom rural home in Rexburg, Idaho. It seemed like a real deal since it was listed for just over $100,000.

Until they found a snake in their yard, which is no big deal since they help keep mice away. But soon after moving, they found dozens more every day. Ben even found over 40 snakes in his yard in a single day. Soon, they also spent sleepless nights listening to what seemed like slithering noises on the walls.

When Ben removed a panel of siding it revealed dozens of snakes living in their crawlspace. Their new dream home was in fact what’s known by locals as “The Snake House.” It was sitting atop an enormous snake hibernaculum, a kind of den where the snakes gather in large numbers to hibernate in winter. What’s more troubling is that they also found out that their tap water (which has a curious taste and smell) was infested with snake musk and feces, a good way for anyone to catch salmonella and other diseases. The Sessions also referred to their home as the “Satan’s Lair.”

The home also had a distraught history of owners leaving in haste after finding out the snaky problem. It turned out that the only way to neutralize the issue of a snake den beneath the home was to raise the entire house off its current foundation and lay down a new concrete foundation beneath it. But that job would cost a massive amount, even more than $100,000 at that time. So in 2009, the Sessionses also ended up abandoning their home and had to file for bankruptcy.

According to real estate experts, the Sessions’ story is a valuable lesson for all home buyers to give importance to due diligence when searching for your dream home.

Back in 2005, young couple Jason and Kerri Brown with their 2-year-old daughter found a sweet deal in a form of a five-bedroom, two-bath house that was in foreclosure for $75,000 in the cozy town of Greenville, South Carolina.

As they started renovations on the fixer-upper, they removed bookcases in a bedroom when it revealed a passageway that led to a hidden room—a secret corridor!

Well, it can be an exciting discovery for any new homeowner especially if it looks like a passageway towards a hidden world like Narnia. However, it turned out the secret room has a serious mold problem and that the house is contaminated with toxic black mold. What seemed to be a pleasant surprise turned into a nightmare for the young couple.

Inside the room, the first thing they found was a chilling note from the previous owner saying: “You Found It! Hello. If you’re reading this, then you found the secret room. I owned this house for a short while and it was discovered to have a serious mold problem. One that actually made my children very sick to the point that we had to move out.” It was from George Leventis, who’d lived there for a while. After discovering the problem, since he has little money and was unwilling to take the matter to court, he stopped paying the mortgage and moved out. But not without leaving the note to serve as some warning.

The Browns have taken it very seriously and hired an environmental engineer to do further testing. The house’s toxicity levels turned out to be so high they have to permanently cancel their move-in plans and took the serious matter to court.

There’s the story about our love letters dating back in WWII. Then there’s this real bomb scare for a family who lived in Goshen, Indiana. Wally and Linda DeForests found a live mortar round in their basement as a kind of a housewarming gift after moving into their home in 2010.

Linda initially discovered the approximately foot-long military-grade weapon sitting in a cubby space while she was hanging things on the wall. She even told her husband she found a “torpedo.”

The DeForests have had help identifying what it was from their consulted family friend and army veteran Joshua Blackenship, who kindly explained that it was either a round for a mortar or a lightweight anti-tank weapon.

The family contacted the Elkhart Police Department’s Explosive Ordnance Disposal Unit to come and take it away. Some police officers discerned the old mortar round may have been from the Korean or Vietnam War. Well, it’s a quite a unique way for the DeForests to be introduced in their new neighborhood and be welcomed in their new home.

Since we started with finding some hard cash, let’s cap off this story with another amazing find. It’s a common thing for many homeowners to display porcelain figurines in their homes, but do you have any idea how much does one figurine cost? A particular figurine was found stashed in an attic in upstate New York of descendants of a gallery owner who bought it in 1934. The tiny statute was unlike no other because it was one of only 50 in existence and was crafted by renowned Russian jeweler Faberge. It was studded in precious jewels and diamond and was sold at an auction for a whopping $5.2 million! Dated to 1912, the particular figurine depicts a personal bodyguard to royalty and was given by Russian Czar Nicholas II to his wife.

Let’s incorporate the lesson we mentioned in the Snake House story: remember the importance of due diligence. Home buyers should “do their homework” before buying what they’d like to be their dream home. While it can be a time-consuming process, you can ensure that you’ll get the most out of your biggest investment. Many unwanted surprises can be avoided by asking the right questions, hiring an experienced local real estate agent, and giving importance to a home inspection. Following many of those established pieces of real estate advice can help lead you to your ideal property and avoid ending up in a house full of snakes (Yikes!)