When it comes to laws in the United States, every state is different, especially when it comes to real estate and property management. But there are also real estate laws that are nothing short of bizarre or just downright weird and humorous. If you’re looking to move to any of these cities or states, this might help you know some fun facts and trivia about your potential new neighborhood. 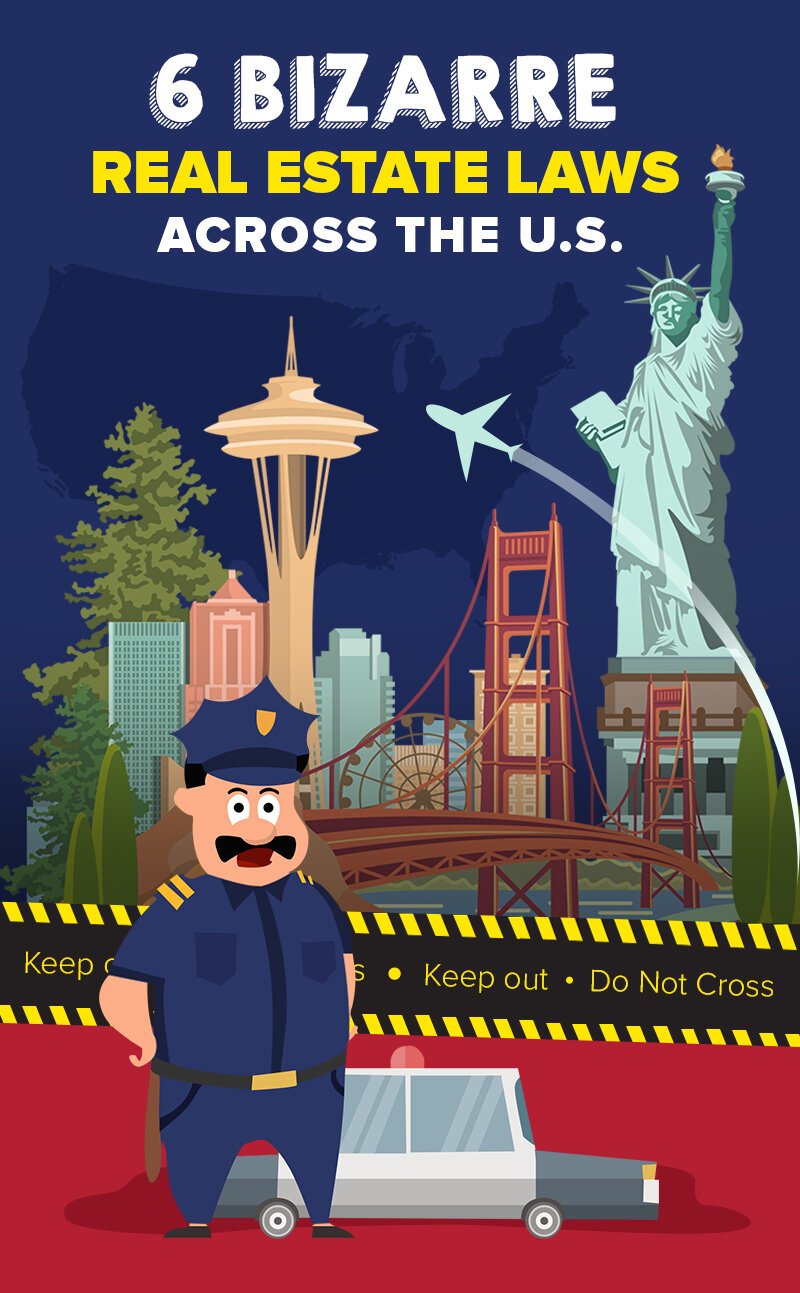 Here are some of them: 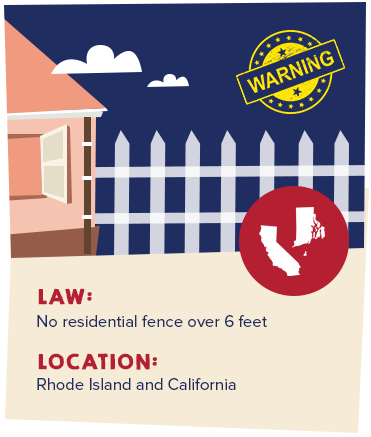 Want some privacy in your yard? No matter how much you dislike your neighbors, you can’t go all the way in building a fence on your property. There are laws that exist to dictate how high your fence can be. In Rhode Island, for instance, you can put up a fence but not more than 6 feet. Any fence higher than that is considered a “spite fence,” which is often constructed to annoy neighbors and as such, a private nuisance. The state will make you remove it or lower it immediately. This fence law is enforced so that residents can get unobstructed views and to prevent conflict between neighbors. On the other hand, California also has this kind of law that disallows spite fences exceeding 10 feet. And while we’re discussing fences, putting up a traditional white picket fence is not allowed in Scranton, Pennsylvania. 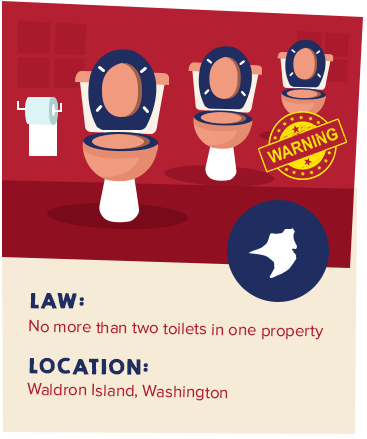 For any buyer, having the right number of bathrooms is crucial when looking for a home. But in Waldron, a tiny island located in the Puget Sound which sits between Washington State and Canada, there is a law that prohibits having more than two toilets in any property or building. The island isn’t yet fully developed but does have a small elementary school and a post office. The ban is intended to help limit development on the island, and also seems to aim to conserve the town’s water supply. People who live there like it to be kept private and quiet, and want to keep it that way. 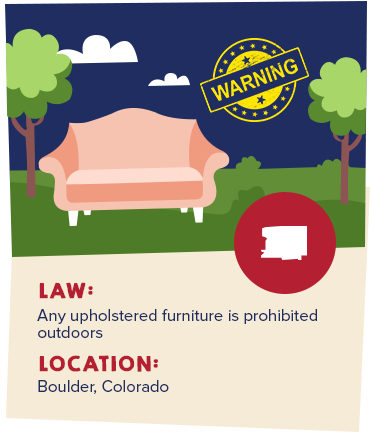 Couches, chairs, mattresses, chaise lounges—you name it. You cannot have any upholstered furniture, or any furniture not manufactured for outdoor use, in the yard or on the porch of your home in Boulder. The restriction was passed to curb the dangers of setting those things on fire. It is because local college students, who were known for their party atmosphere, would get drunk and had a habit of setting fires to the said couches. Since passing in Boulder, many other cities, such as Ames, Iowa, Lincoln, Nebraska, and Columbia, Missouri, decided to pass a similar law. Now, if you’re looking to live the outdoor life of your dreams in any of these cities, you wouldn’t mind the hard chairs, would you? 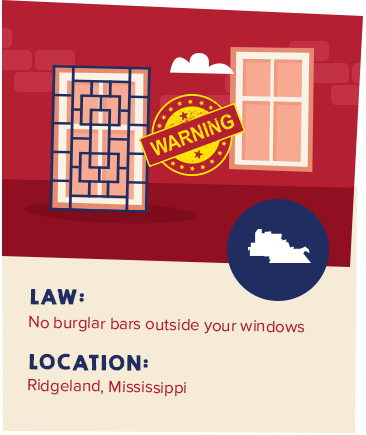 If you want to live in Ridgeland, do know that you are not allowed to put burglar bars outside of your windows. If you want to add an extra layer of security to your home and couldn’t let go of the burglar bars, you can always put them on the inside of the windows. Although admittedly, yes, they aren’t pretty. Also, you wouldn’t be able to open the windows and get some fresh air from time to time. However, if you bought an old home and it has burglar bars that were installed before 1996, you can keep them. 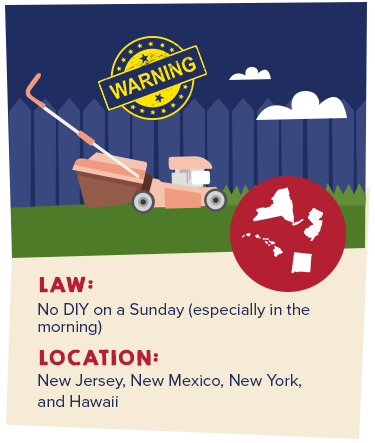 Want to sleep in a little longer on a Sunday? But you couldn’t because you got woken up early in the morning by a neighbor mowing their lawn, using a leaf blower, or fixing their roof. You won’t have this kind of problem in states like New Jersey, New Mexico, New York, and Hawaii. In these states, it is illegal for DIYs to be done on a Sunday, so as to avoid conflict between neighbors.

Let’s take a closer look. In New Jersey, it’s illegal to do any house painting outside or do any roofing jobs on a Sunday. Likewise, in Schenectady, New York, it’s unlawful to fill nail holes with putty. In Hawaii, using a leaf blower is prohibited, while the ban for using lawn mowers is in place for residents of Santa Fe, New Mexico. 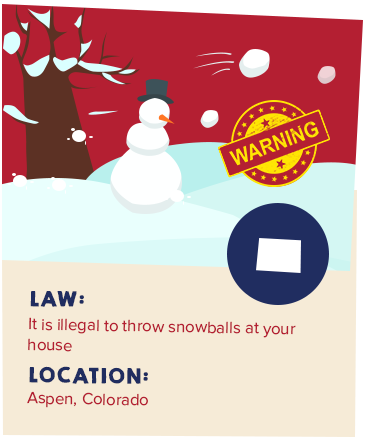 Want to move or just visit Aspen, Colorado to experience the cold winters and have some epic snowball fights? While millions of people flock to Aspen every year for some fun in the snow, be reminded that it is illegal to have snowball fights in the area. To put it clearly, you can’t throw snowballs at any public or private property, people, or vehicles, according to the Aspen municipal code. It takes the fun out of a snowstorm, eh?